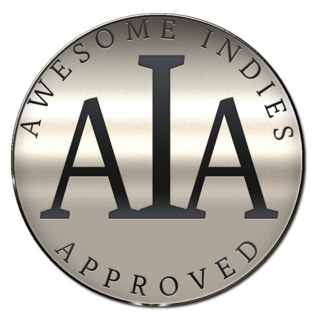 Future Prometheus is about Melendez – a gruff, brilliant man with Asperger’s Syndrome who exists in a not-too-distant future in which a worldwide phenomenon causes most men to become testosterone-fueled, murderous lunatics. Old men, young boys and those who have no innate desire for companionship/sexuality (like our main character) are unaffected, as are nearly all women. It is really unfortunate for the male lead that he isn’t affected by sexual desire, because women offer him sex everywhere.He cryogenically preserves himself but in a nod to movies like The Matrix and Forever Young (even mentioning the former by name) Melendez spends a lot longer than expected in cryostasis and wakes up in a far distant future with a lot more knowledge than he had when he went to sleep. He finds himself in a world where women are in control, most male children are executed when they enter puberty and near-sentient robots (termed APs) fill out the roles of drones and servants in the megastates of this bleak future.If the above paragraph interests you, then there is a great chance that you will like Future Prometheus.

The book is competently put together, makes a ton of references to classic literature (roughly 5% of the book is quotes), has a robust amount of sensuality, a few comedic moments and a number of action movie-like sequences. The author does a very good job of writing tense military dialogue and debriefings feel like they naturally would throughout the piece. There are some good lines and the overall story is very interesting, if not a bit convoluted.The book does have some faults, though. There’s a lot of dialogue and interior monologue. There’s a lot of personal interaction. What there isn’t a lot of is environmental development. While we exist in this futuristic, sci-fi dystopia it is hard to find an anchor into the characters’ surroundings. This lack of atmospheric description is something science fiction relies on and it is lacking here.

The main character’s condition (Asperger’s) accounts for most of the tension in the piece, as he will often ruminate on the reactions of people around him and cannot pick up on social cues which drive most of the interaction for the first part of the book. Unfortunately the secondary character, a female involved in a polyamorous lesbian relationship, has nearly identical reactions to things – including sex. Further, they both share a deep, motherly love of children, which at times seems out of place for both. Melendez is also identified as a devout Christian in the beginning, although as the book goes on he seems to rely more on classic literature than gospel to get him through his trials. Religion seems to serve as an explanation for his sexual repression but little else, although he does often exclaim “Jesus, Mary and Joseph!” when the situation calls for it.If this review appealed to your senses you’ll find Future Prometheus worth your time. It should also be noted that this book is the first two parts in a series and there will probably be many more adventures for Melendez and his, dare I say, friends.I give this book 3.5/5 stars (rounded up to 4 for Amazon)