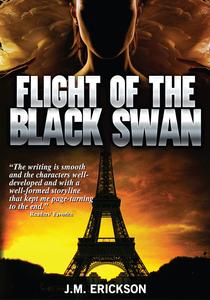 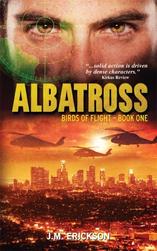 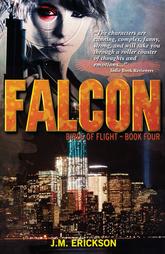 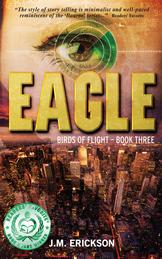 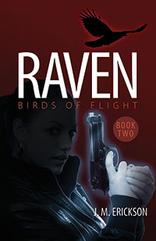 The story begins when an covert operative and logistic specialist, Alexander J. Burns, is shot down when on route to a high valued target in Swat Valley, Pakistan. When his helicopter is shot down, he survives the crash but loses his memory. Discovered and shipped back home, he is under constant watch by his own government who want to find out what he knows before they terminate him. When his psychologist and assigned nurse dig at the truth and help him recover his memories, things get very dangerous. (Published by J.M. Erickson on March 8, 2017; can be found on Amazon and Barnes & Noble, ISBN: 978-1-942708-31-5; 333 pages.)

​​Raven: Birds of Flight - Book Two: Continues the story if Alex Burns as he and his team try to bargain a separate peace with the FBI to live in abroad and live free of harm. Burns' former bosses - Thomas "Steel" Webber and Chairman Eric I Daniels of the Foreign Intelligence Agency have other plans - kill them all. Tragedy will create unlikely alliances as truths never intended to see the light of day changes the geopolitical world forever. Raven earned an Honorable Mention from Readers' Favorite 2013 International Book Awards in Action/Adventure (Published by Outskirts Press on December 16, 2012; can be found on Amazon and Barnes & Noble; ISBN: 978-1478715948; 366 pages; Honorable Mention, Action Genre, Readers' Favorite 2013 International Book Award)

Eagle: Birds of Flight - Book Three: With the help of the FBI, Alex Burns holds himself out plain view as bait to lure the Foreign Intelligence Agency's mastermind Eric Daniels out of the shadows. With little to lose and all to gain, Burns lives life with his dog Roxie in the White Mountains of New Hampshire. Meanwhile, perfectly timed attacks from around the globe strike at the very core of Burn's being - his family. The coordination, timing and targets are the signature of the very person both Burns and the bureau are after - the Eagle. (Published by Outskirts Press on June 7, 2013; can be found on Amazon and Barnes & Noble; ISBN: 978-1478708049; 284 pages; Honorable Mention, Adventure Genre, Readers' Favorite 2014 International Book Award)

Falcon: Birds of Flight - Book Four: Captured, sedated and with his life hanging in the balance, former government agent Alexander J. Burns hovers in a strange place between reality and drug-induced hallucinations where he encounters dead friends and lovers.  In this fourth Birds of Flight installment, questions are answered, old scores are settled, and loose ends are tied up...until in the midst of personal vendettas, black ops and covert missions, a new force hiding in plain view suddenly emerges. Just as the last chapter of the saga appears to close with Falcon, the “Black Swan” prepares to take flight. Things will never be the same. (Published by J. M. Erickson on December 31, 2014; can be found on Amazon and Barnes & Noble; ISBN: 978-1942708001; 348 pages.)