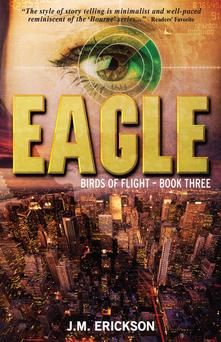 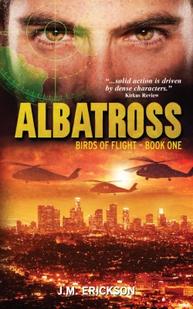 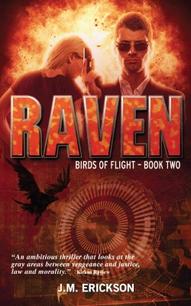 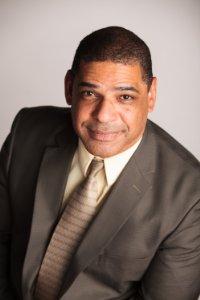 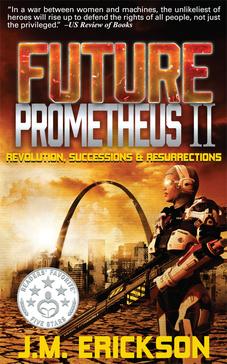 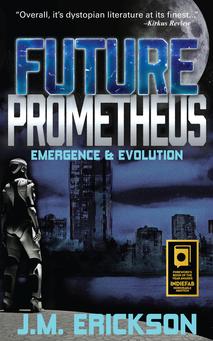 
Self-Publishing Author Spotlight: J.M.Erickson
Outskirts Press has had the good fortune to work with many talented and successful self-publishing authors over the years as they strive to make their self-publishing dreams come true. For that reason, we feel compelled to give a nod to the authors who’ve, in turn, contributed to our success. Every now and then, we celebrate one of our successful authors in our Self-Publishing Author Spotlight.

ABOUT THE AUTHOR
In addition to the Future Prometheus series, J.M. Erickson is the author of the award-winning, critically acclaimed thrillers in the Birds of Flight series: Albatross, Raven, and Eagle. Erickson holds a master’s degree in psychiatric social work from Simmons School of Social Work. He is senior instructor of psychology and counseling at Cambridge College, and senior therapist in a clinical group practice in the Merrimack Valley, Massachusetts. Erickson lives in a suburb north of Boston with his wife Christine and their two teenage children.

Albatross: Birds of Flight – Book One
Alexander J. Burns, a seasoned field operative, was stationed abroad and tasked with eliminating America’s most dangerous terrorists. Four years ago, he was injured en route to a critical mission and was sent home. With no memory of prior trainings and missions, his former handlers, the Department of Defense Foreign Intelligence Agency Operations Center, want him sedated and watched very carefully. Burns knows too much. They hope he never recovers, and that his secrets will remain forever undisclosed. With the help of Dr. David Caulfield, Burns does begin to remember and the agency is doing everything it can to stop him. Everyone Burns comes in contact with gets hunted down. Samantha, his nurse at the hospital, is almost murdered for asking too many questions; David, his hospital-appointed therapist, loses his sight; and David’s wife is killed as the result of a car bomb explosion. But Burns is not to be deterred. He creates a team with the people who are on the run as a result of contact with him, and they set out to compromise the security of the government on May 2. If he is successful, he and his friends might live on the run for the rest of their lives. If he fails, at least they will die quickly.

US Review of Books declares his writing as “taut suspenseful thriller sure to entice fans of Clancy, Flynn, and Ludlum,” and Kirkus Review claims his narrative as “An ambitious thriller that looks at the gray areas between vengeance and justice, law and morality.”

Raven: Birds of Flight – Book Two
2013 READERS FAVORITE INTERNATIONAL BOOK AWARD WINNER – Honorable Mention in Fiction – Action
Alexander J. Burns, former counter-terrorist specialist and his partner Samantha Littleton are in hiding. After years of planning, Burns’ team of civilians pulled off a shocking maneuver: they breached government security, stole top-secret documents, and then disappeared. In the process, Burns released a destructive computer virus known as “Albatross” to millions, infiltrating the security of three federal agencies, and immobilizing all levels of law enforcement, bringing the entire Northeast region to a standstill. Burns holds on to those documents for the security of himself and his team; they’re the price of their lives, and their safety. But now, the FBI has approached him to retrieve those documents and negotiate for Burns and Littleton to come in from the cold. Although Burns’ friends are thousands of miles away, suddenly they are threatened as well. With his friends under siege and the woman he loves targeted for death, it’s time for Burns to go back to his old way of life, with killing and destruction all in a day’s work. As new alliances are formed and unexpected enemies emerge, Burns has to decide whether he is willing to make the ultimate sacrifice. Following the success of the critically acclaimed Albatross, the Birds of Flight series continues its tradition of fast-paced, character-driven psychological thrillers with the gripping page-turner Raven.

Eagle: Birds of Flight – Book Three
2014 Readers’ Favorite 2014 International Book Awards Winner – Honorable Mention in Fiction – Adventure
Eric I. Daniels, better known as “Eagle,” is ready to exact his revenge. Once the powerful chairman of the now-gutted and defunct Foreign Intelligence Agency, he is now in hiding, assembling the pieces of a plan to find Alexander Burns, the man he holds responsible for his downfall. Living in plain view in New Hampshire’s White Mountains, Burns patiently waits for Daniels to make his move. Burns’s plan is simple: bait Daniels, and when Daniels shows himself, the hunter will become the hunted. But while Burns and his supporters at the FBI watch and wait, Daniels puts into motion a plan that strikes at the heart of Burns’s life: his family. As a series of perfectly timed, devastating events unfold like clockwork, Burns and the FBI recognize the signature style of the Eagle. Burns is now challenged to outmaneuver his enemy before all he holds dear is destroyed. Following the success of the acclaimed books Albatross and Raven, Eagle continues the richly characterized, fast-paced action in this gripping third installment of the Birds of Flight series.

Future Prometheus: Emergence & Evolution
2014 Readers’ Favorite 2014 International Book Awards Winner – Bronze Medal Winner in Fiction – Adventure
With Future Prometheus: Emergence and Evolution, award-winning author J.M. Erickson presents the compelling debut of a science fiction series that explores the edge of the familiar and the unknown terrain of possibility. This is a world where the science we know today has warped into masterful and terrifying ways of manipulating and controlling humanity. You will hide with Second Lieutenant Jose Melendez, USMC, as he awaits extraction from the jungles of Brazil, while the male population of the world experiences a dangerous chemical aberration. You will follow the classified mission of Dr. Marcella Del Cruz, Chief Scientist, USAF, as she leads a classified mission in Antarctica that hold the key to the future of mankind. You will watch with Major Mare Singh, NCSF, as she sees the citizens of Nemericana drugged into submission with mood stabilizers while corruption tears at the fabric of their artificially calm society. But the most astonishing and terrifying force in Future Prometheus is the legion of cybernetic life-forms that are determined to achieve consciousness and claim their place in the new world order. Visionary, compelling, and written with the same deft cliffhanger pacing that made the Birds of Flight series a rousing success, Future Prometheus is a must-read for science fiction and thriller fans.

Future Prometheus II: Revolution, Successions & Resurrections
Revolution is the first of three novellas in part two of the Future Prometheus series. It begins with Lieutenant Jose Melendez, USMC, establishing a foothold in an ancient military complex along with his cybernetic team of Artificial Persons, or APs. Meanwhile, the mega-state Nemericana is at war. Captain Pearl Veritas, NCSF confronts APs who are no longer docile, subservient cybernetic life forms and workers. Instead, they have become a coordinated, lethal army under the command of Aurora Prime. Successions unveils shifting world powers as humanity balances on the edge of extinction while AP forces continue to evolve and make decisions that will change the future of the planet. Resurrections reveals the formation of unlikely alliances as a world war two hundred thirty one years in the past revives the age-old struggle of good vs. evil. But for all persons—both human and artificial—past loves, old conflicts, and new alliances are resolved just before Judgment Day…June 6th, 2175. Kirkus Review describes the series debut, Future Prometheus: Emergence & Evolution as “Dystopian literature at its finest,” while US Review of Books reports that “it’s very easy to get lost in the action and carried away by your involvement with the characters.”