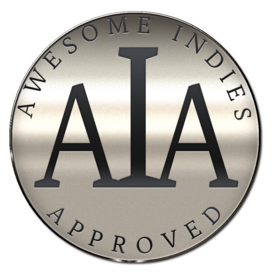 Future Prometheus: Emergence & Evolution by J.M Erickson is a fascinating dystopian story about a world after a virus has sent all sexually active men on a violent rampage that ends up with most of them, and a large proportion of the female and child population, dead.

The events in the book occur 140 years after this event and follow Melendez, a soldier, who, along with some APs (androids) wishes to re-establish a society based on the values of the old USA. He’s been in stasis in a cyrogenic tank since the disaster, though he was supposed to be under for only four months. A group of androids find him and bring him back. They become his friends, and he develops a program to bring them to sentience and eventually to sapience.He finds himself in a matriarchal, lesbian society. The women keep their boy children only long enough to harvest their sperm when they reach maturity, after which the women take them outside their megastate and kill them. Some girls are also discarded – the tomboys I expect. Men are seen as an enemy.  The first step is to rescue the children, and Melendez and his team become a well disciplined and effective army who begin to do just that.It’s an interesting and entertaining story with a plot that moves at a good pace and introduces new characters as the story progresses so we get to know some of the women inside the megastate and get a glimpse of their life.

Perhaps the most interesting aspect of the story is the development of the PA’s personalities. In fact the characterisation is excellent all round, and some of the scenes were very moving, particularly the one where Melendez gently redirects a young boy’s desire to be a soldier to a role more suited to his abilities. The other one that made me sniffle a little was where Singh told her son that he was her mother.The tension rises in the end when PAs start to exhibit traits not in keeping with their programming. Sentience creates all kinds of people and therefore it is not unrealistic to expect the same variety in PAs. The suggestion is that not all of them are benevolent in their motivation. This aspect I expect will be explored further in following installments. The end certainly sets up for a sequel or two.

This is a good read and the small issues with the prose, can be easily be fixed should the author wish to take it up a notch. It’s certainly worth a read, and I recommend it to those who enjoy sci fi of the post-apocalyptic dystopian variety.