Do you have a favorite fan reaction that you can share with us?
I had a mother who was the parent of a child who is on the autism spectrum who thanked me for writing a strong character with this disability who was a dynamic character with strengths and barriers who dealt with the cards they were given and did what we all try to do - adapt, grow and live. This is why Future Prometheus: The Series is a favorite of mine.

How did it affect you when you first began to realize that people responded well to what you present as an author?
The anxieties before the reviews came in were crushing. Unlike many writers, no one knew that I had published my first so there were no family or friend’s reviews out there. When the reviews came, they were from people I did not know. When they came in and when they still do, it is both frightening and awesome.

Where do you think publishing is going?  Some have predicted that readers are waning and that in years to come, few people will read anymore.  Do you believe that?
Maybe that will happen. Maybe Rogue Event is prophetic (and no one will know it because no one will read).  Similar to how Johannes Gutenberg and the ebooks were new technologies that got the written story distributed, I bet there will always be books in some kind of format or medium. And there will more likely be people that still like the feel if paper and cover art in their hands.

What advice would you give an author about negative reviews?
Sometimes I get negative reviews from people who either don't like my characters, or don't care much for my themes and ideas or just don't like the genre to start with. That will happen.  But if you're lucky like I've been, you get a bad review from a reviewer that has actually taken the time to express what they felt was wrong with your work and how your work could be better. Now that's gold! It's only the contrary, well thought out opinion that can really help an author grow in their craft. 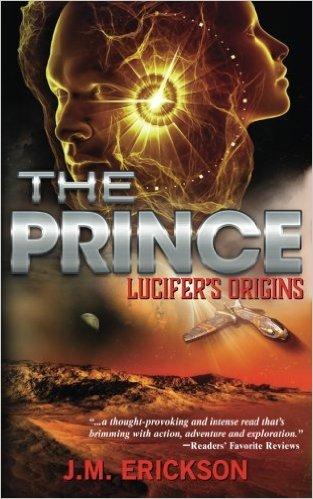 Did you study any other authors before you embarked on your first novel?
For my first book I ever wrote was inspired by Robert Ludlum's The Bourne Identity but for Future Prometheus I re-read Mary W. Shelley's work Frankenstein: or, The Modern Prometheus. It was great!!

Who influences you now?
Surprisingly I find that poetry - Keats, Wordsworth, Tennyson, Coleridge, Shakespeare, and others - they all inspire the themes which often become the crux of my stories

What is your favorite genre to read?
Science fiction is my all time favorite. I just love how it can convey major themes about us as a species and be put in fantastic, alien, futuristic place and time, and still be recognizable in the here and now.

Do you have any favorite authors?  What is it about their writing that really grabs you and pulls you in?
Arthur C. Clarke and Ray Bradbury are my favorites followed closely by George Orwell's work. While their styles of writing are different, I find the writing easy for me to grasp and enjoy , while I struggle with the layered meanings that lie deep in the pages.

What do you love about writing?
It is therapy for me. It helps me settle my mind and soul. 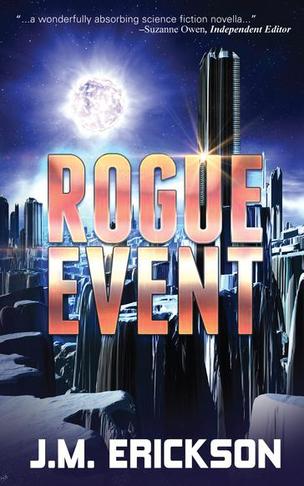 Tell us a little about yourself.

I have been a social worker for more than thirty years and I've been a professor for more than a dozen years. I've work with a number of people who suffer from major mental health issues such as depression, anxiety, post-trauma, attention deficit disorder and people along the autism spectrum. As a senior instructor and visiting lecturer I teach graduate level psychopathology, post-traumatic stress disorder assessment and treatment and basic neurobiology and neuroscience.
How do you feel that your career, educational background and overall
life experience contribute to your writing?
All of my writings tend to have protagonists with some kind of mental health issue they manage, or they are women or people of color, or people with disabilities, or part of the LGBTQ community that are the strong, dynamic characters with equal voices dealing with challenges.

What is the funniest thing about your personality that fans would love to know?  What are your quirks?
When I come home from work, I carry on an extensive conversation with my dog. She listens well, howls back and will patiently allow me to express my dramatic monologue while I change my clothes and get her lunch or dinner.

What was the inspiration for your book?
Future Prometheus: The Series was inspired from a series of courses I taught about people on the autism spectrum and how they see the world in a very different way from average or "neurotypical" person. This series also took an approach to highlight gender diversity and to have a world where women were the strong leaders and being heterosexual was “unusual."  In Rogue Event, it was the norm for everyone to be on the high-end of the autism scale while the outliers were people who were emotional and driven by passions.

Do you have anything special, a habit, that you do that gets you into the mood of writing?  Favorite object, desk, pen?  Do you listen to music when you write?  If so, what do you listen to?
There is one thing that always helps me generate entire dialogues and plots - being on the elliptical going at full speed with music blaring in my ears. I have no idea why it happens this way.  (Actually, I think it's the kinesthetic learning through the movement which facilitates neurogensis and connections from the limbic system to my frontal lobe, but that's just a guess.) 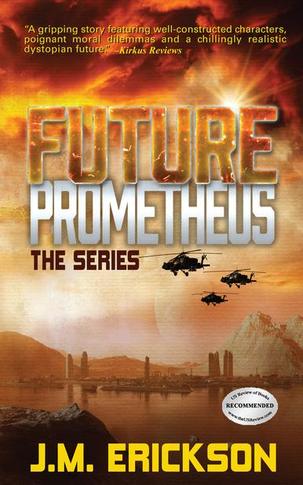